We are so excited to share this thoughtful and inspiring feature article by Voyage Austin! Read the full article below, or view it on their website here. 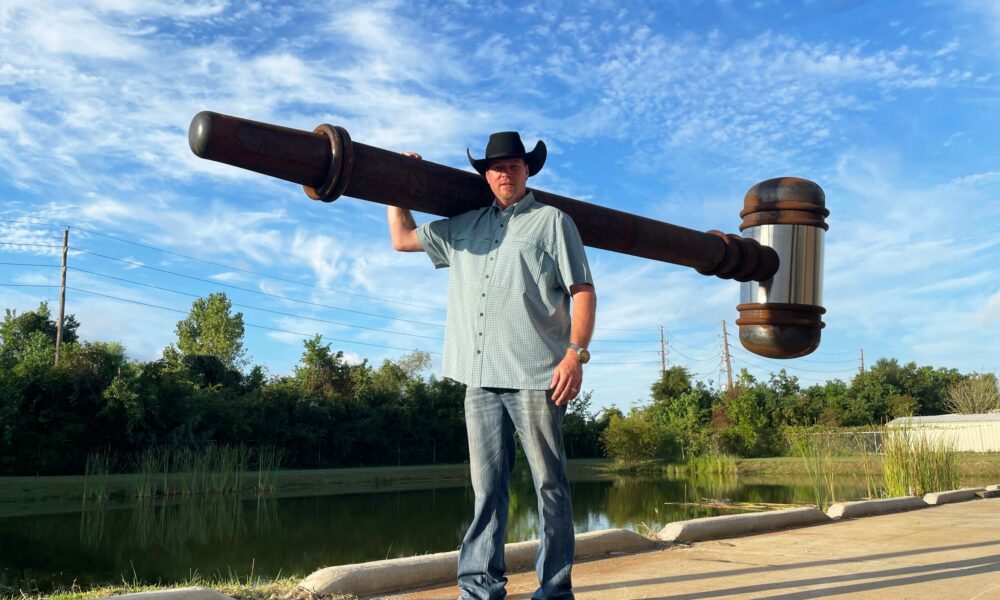 Today we’d like to introduce you to John King. Them and their team share their story with us below:

When you hear the word “welder” what connotation comes to mind and what images does that word conjure up? Perhaps a welding division of the construction industry; or welders in a shipyard or rail yard, with the archetypal sparks flying from a welding torch with the heat allowing the metals to flow together, and the quintessential welder’s helmet worn by the worker. Welders are essential to a myriad of industries and manufacturing companies, yet many of these highly skilled workers do not consider welding an “art” but a necessary component of the job or project. Enter into the picture John King, of Cypress, Texas. John started and metamorphosed a small part-time welding business into JK Welding, a multi-million-dollar welding company that thrives on creativity, skill, and manpower. John’s credo is, “we build dreams.” If other companies turn down a project, John and his crew take on the job with gusto.

John’s story, like many stories of self-made men and women, begins with long days on the job and grueling labor. In 1990, at the age of 20, John worked as a boilermaker in his dad’s company. He welded boiler tubes and steam drums and worked in ash pits doing refractory work. Even though the job was difficult and dirty, John was able to work with people of different skill sets and backgrounds and had the opportunity to travel.

A few years later, John took a position as a rig welder traveling and installing pipe systems and boilers then became a/c mechanic for a school district. In 1996 he went to work for Wyman-Gordon, a company that manufacturers structural forgings for airframe, petrochemical, nuclear, and other applications. John’s drive and self-assurance to get the job done did not go unnoticed by his boss, who propelled John into starting his own business. With the purchase of a welder from Home Depot, John started a side business making metal “cowboy furniture,” which included barbeque pits, deer feeders, and rocking chairs. When the side business proved to be sustainable with revenue coming in, John was able to leave his job at Wyman-Gordon, and devote his time to his new venture. JK Welding was born, complete with skilled workers, more equipment, and a small shop space.

In 2008, Hurricane Ike ravaged the Gulf Coast of Texas, with southeast Texas getting hit especially hard. JK Welding was granted the opportunity to rebuild the Kemah Boardwalk, in Kemah Texas. John and his team spent six months renovating and restoring the boardwalk and amusement park. This million-dollar venture led John and his crew to Corpus Christi, where they refurbished several airplane hangars at the U.S. Naval Station. Part of the desire for taking this job are the historical underpinnings given that President Bush and President Reagan had served there. 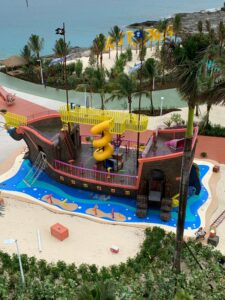 JK Welding began to make a name for itself, and John’s reputation of being a self-made man with his inimitable prowess of taking on large scale jobs without qualms or hesitation became his trademark. With grit and determination and belief in himself and his crew, John took on more jobs that other companies could not or would not attempt. John and his gang repaired a sinking ship, literally saving the Battleship of Texas in LaPorte, Texas from going underwater. JK Welding gave new life to the 100-year-old warship, which is now a historic site for tourists.

As John’s project portfolio grew, so did his company acquisitions. He diversified into working for the oilfield business and formed a trucking company which he sold 2016. In 2019, he became owner of a metal gate company called Trails West Gate Company, Chappell Hill, TX. This company designs and fabricates custom-built metal gates that complement the landscape, space, and environment of the surrounding area. Trails West Gate has been manufacturing innovative and aesthetic works of art for sites and properties all over the country for over 30 years. John’s flagship company, JK Welding, is now housed in a 35,000 square foot facility, with a 4,000 square foot climate-controlled area used exclusively for stainless steel and aluminum work. The company is involved in a variety of welding applications, including oilfield skid fabrication, pipe fabrication, sheet metal fabrication, and artificial lift systems, to name a few.

In keeping with a nautical theme like the Battleship Texas, JK Welding also fabricated and installed (with partner Tiny Town Studios) Captain Jill’s Galleon, a multi-level pirate ship with crow’s nest, slides, water cannons and more, located at CocoCay Island in the Bahamas. The concept for the ship originated with Royal Caribbean Cruise Lines, which had the concept, but no designs or blueprints. JK Welding took it from there, designing and fabricating the parts and components in Texas, then shipped the units to the island.

One of John’s favorite projects is the Singing Ringing Tree in Manor, Texas. Near the Austin-Round Rock metropolitan area, Manor is located 12 miles northeast of the urban center. The Singing Ringing Tree is an imaginative art installation constructed of varying thicknesses of metal pipe. The 54,000 pound sculpture uses wind energy which passes through the precision-fabricated pipes with special holes in specific pipes to create musical notes. Think of it as a gigantic version of a woodwind musical instrument. The monument is the only one of its kind in the Western Hemisphere. It is based on the original “Singing Ringing Tree” in Lancashire, England, which has won numerous UK awards. John was commissioned by a U.S. customer to build a similar version for the Lone Star State.

Another undertaking that John is especially proud of is the 45-foot, 30,000-pound Katy Community Fellowship Church cross, in Katy Texas. Made of Corten (weathered) steel, the cross will change into a reddish color over time. The team members that constructed the cross were delighted to place 280 nails down its hollow center, representing each family who attends Katy Community Fellowship. The cross is situated at the entrance of the church’s future prayer park. The pastor of the church, Tim Barker, was looking for someone to design and construct the cross and was told about John, known as “the special projects guy,” within the welding industry. John and his team accepted the job, and within two months, the cross was ready to be transported to the church site. It was installed in September 2020 and has become the gateway for prayer and contemplation at Katy Community Fellowship Church.

John not only runs a multi-million-dollar business but also is a raconteur and storyteller and has been featured in several welding and business podcasts. He is also a public speaker at various local events. Additionally, John is a mentor to thousands of Texas high school students. He shares his heart and expertise while explaining the importance of a good work ethic and the development of a highly-skilled trade that students can aspire to.

As history has noted, many businessmen/women, company founders, and famous entrepreneurs have a slogan, credo, or quote they are known for. John’s heartfelt belief sums up his life, his work ethic, and his humanity: “The more I accomplish, the more humble I become because I realize how few people are able to say that they’ve seen their dreams come true.”

I’m sure you wouldn’t say it’s been obstacle free, but so far would you say the journey have been a fairly smooth road?
What’s your ideal level of success? There’s a thin line between success and failure. I can tell you now, I never thought I would be this far in life because the odds were stacked against me.

I didn’t go to college, I received my high school diploma book walking across the stage with all the others but when I sat down opened it there was no diploma. Having a credit short in order to graduate, I was forced to summer school after graduation by my grandmother no thanks to my parents as they had disowned me at 14 and still do to this day. This is what helped made me who I am today.

When you want something in life so bad, you don’t allow anyone to outwork or out hustle you. At the age of 34, I knew what I wanted and that was to work in and own a business.

(Thanks for great employees)

When particular business owner goals are achieved from years of pushing yourself, grinding each and every day & night with gears always turning but it comes natural. Looking for that next connection that next move and you feel the vibe but you’re ready to make that leap. Growth is good as I have seen many grow too fast to loose it all but many others handle it well. There’s a defined difference a cross over point but you just have to be able realize and recognize this to move up the ladder to the next level.

I have been so blessed to have passed many success levels but more levels still yet to go. If it feels right and odds seem to be in your favor then go for it and never look back.

As you know, we’re big fans of JK Welding & Trails West Gate Company. For our readers who might not be as familiar what can you tell them about the brand?
JK Welding: Merging creativity with dedication and skill, JK Welding is offers high-quality custom fabrication, welding and metal repair services to clients in Houston, San Antonio, Austin, Dallas, and the surrounding areas. It started in John’s garage and is now in a 35,000 square foot facility with a 4,000 square foot climate-controlled area used exclusively for stainless steel and aluminum work. The company is involved in a variety of welding applications, including oilfield skid fabrication, pipe fabrication, sheet metal fabrication, and artificial lift systems, to name a few.

In 2019, when John purchased the company, the vision of John King came to light, being able to provide custom gates to homeowners, ranches, and commercial properties that were built to last and came with that special touch that each one was made by hand.

Trails West Gate Company has been around for 30 years, but over time it has developed into so much more than your average gate company. Since its start, Trails West has gone from only offering gates to now being able to provide completely custom entrances. Though the company and services have grown, the values still stay the same create a high-quality entrance that will welcome you home everyday. 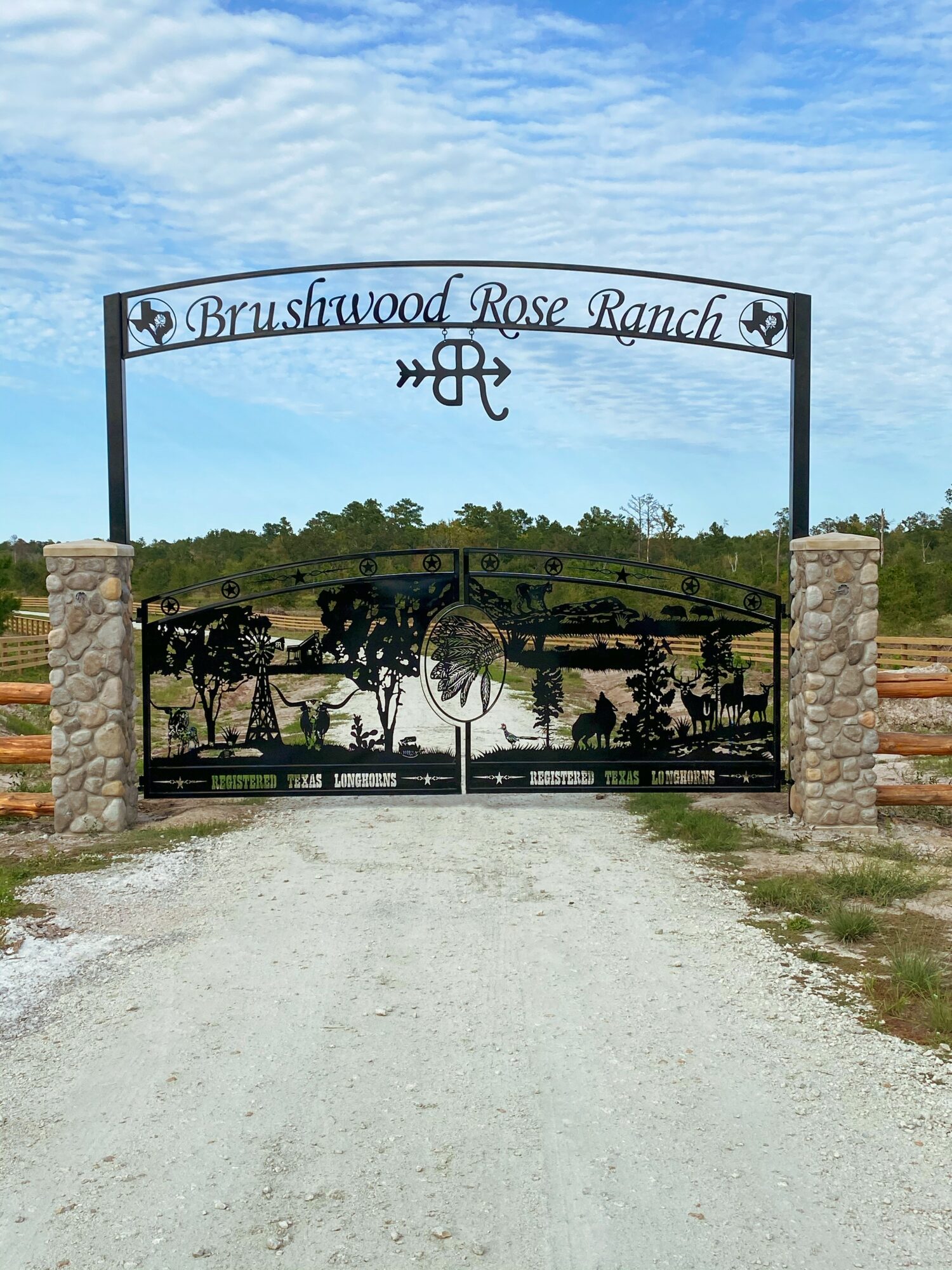 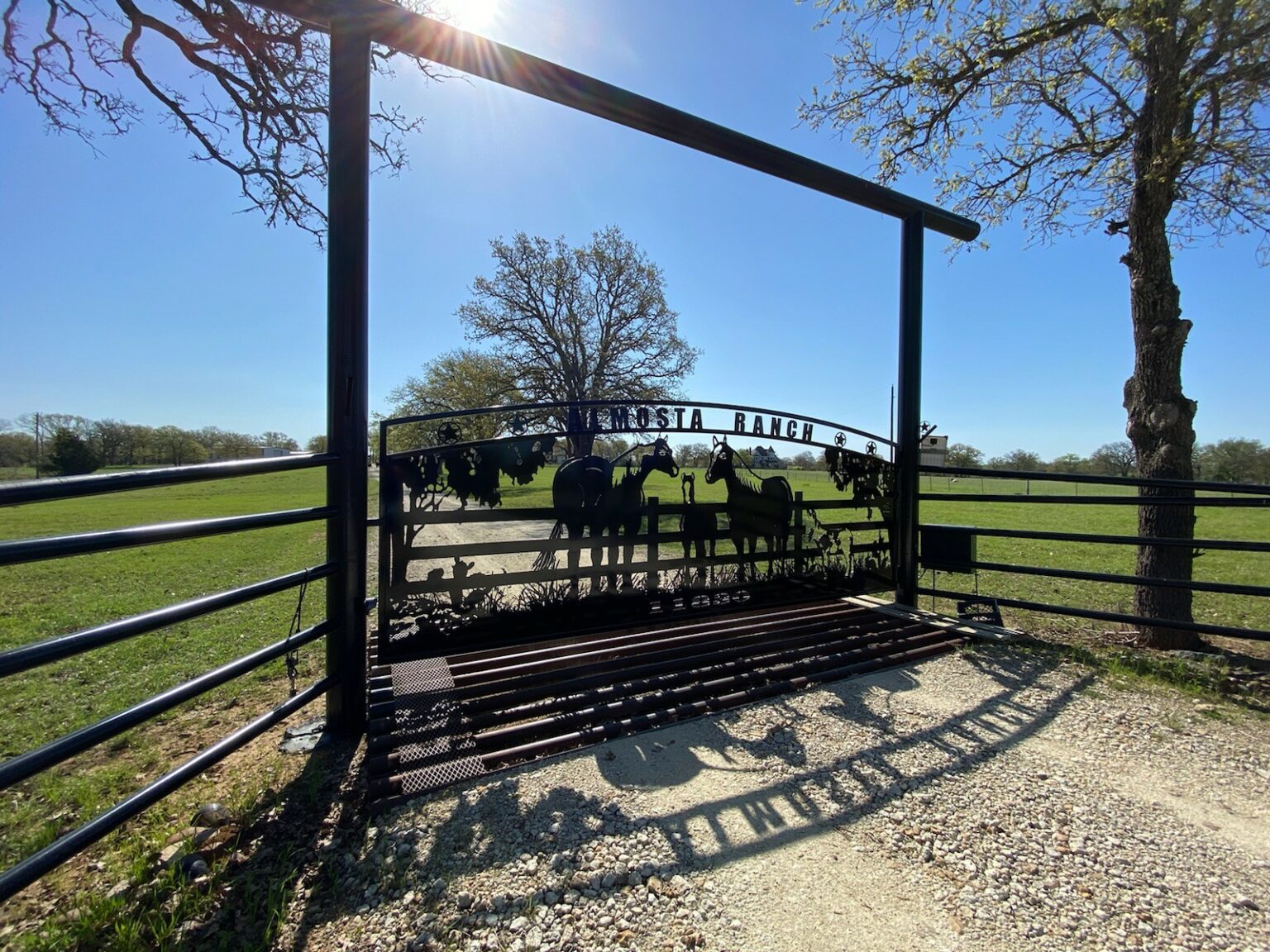 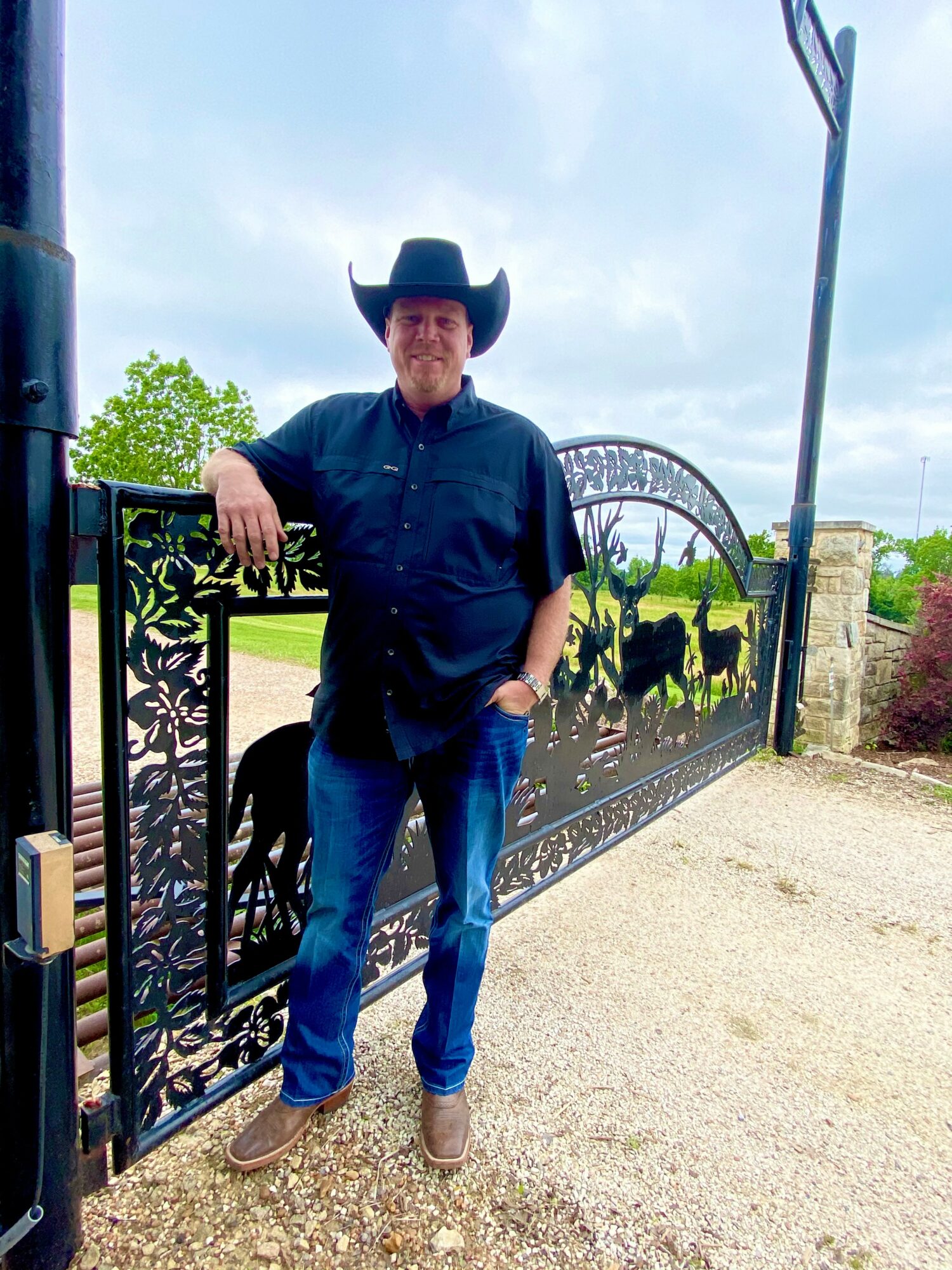 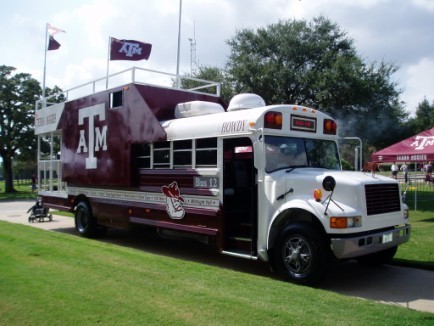 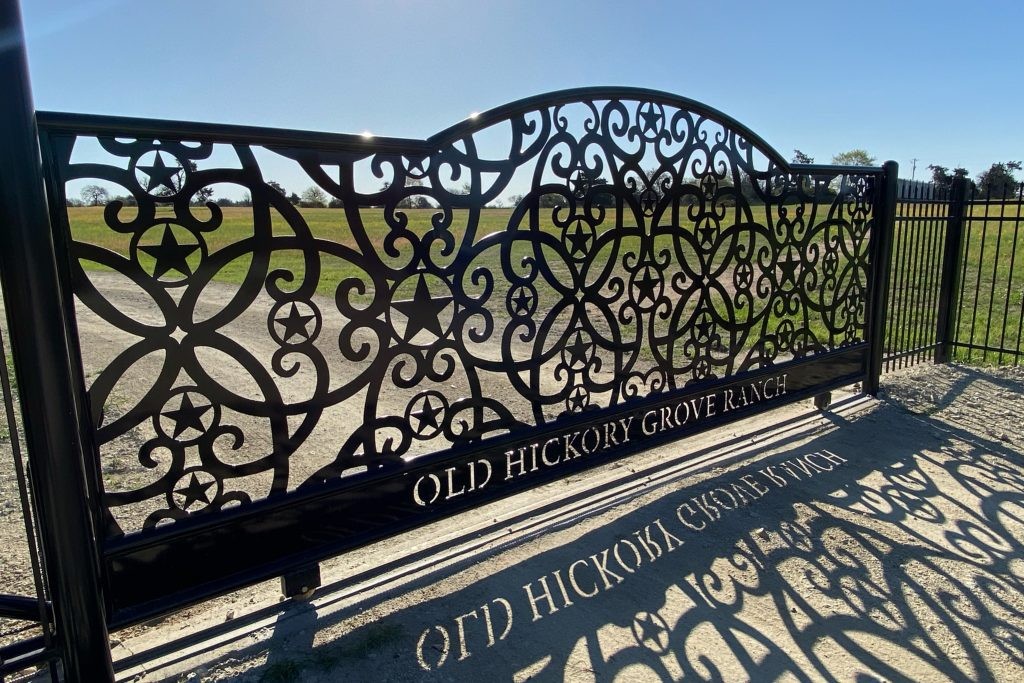 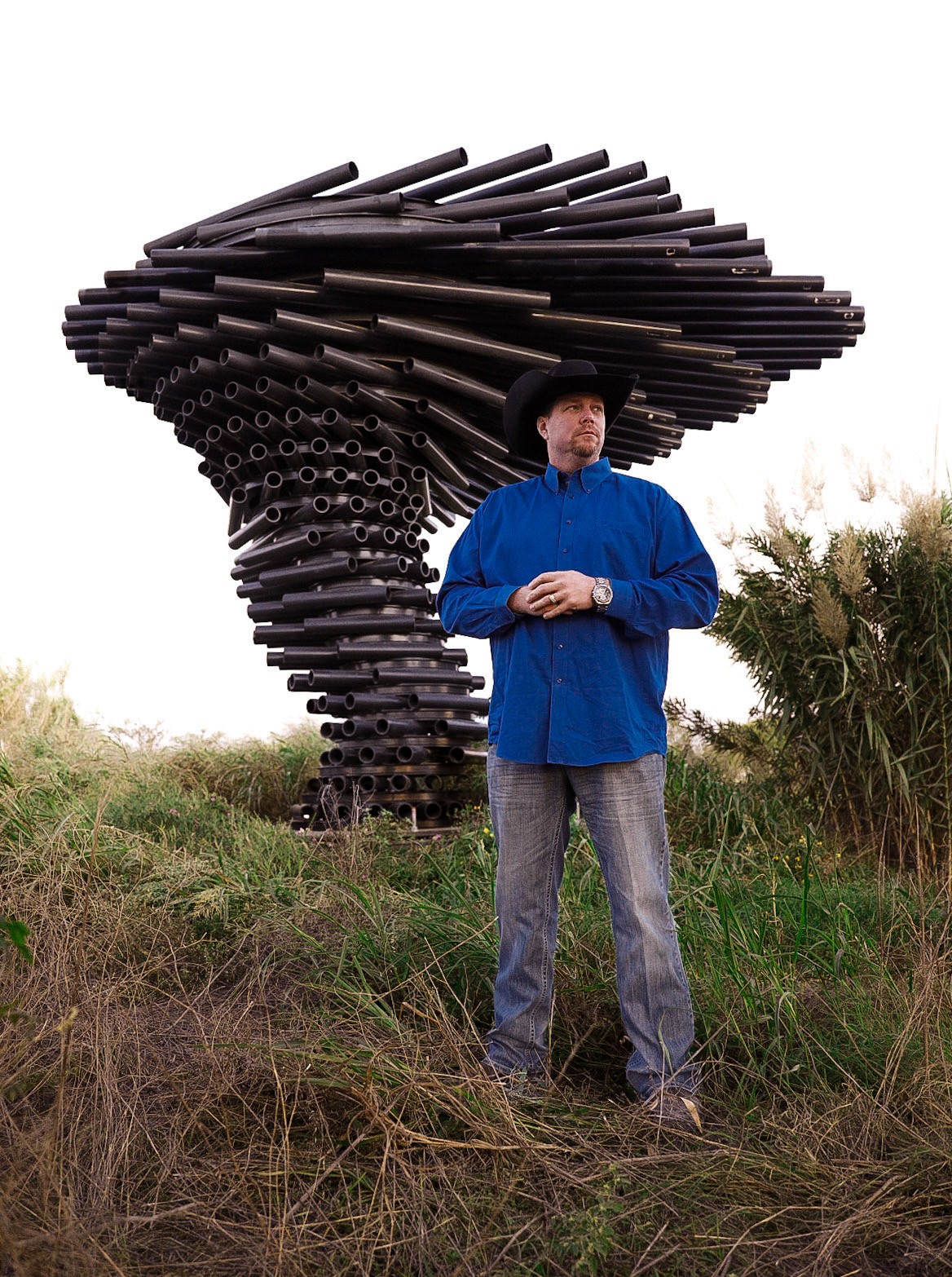 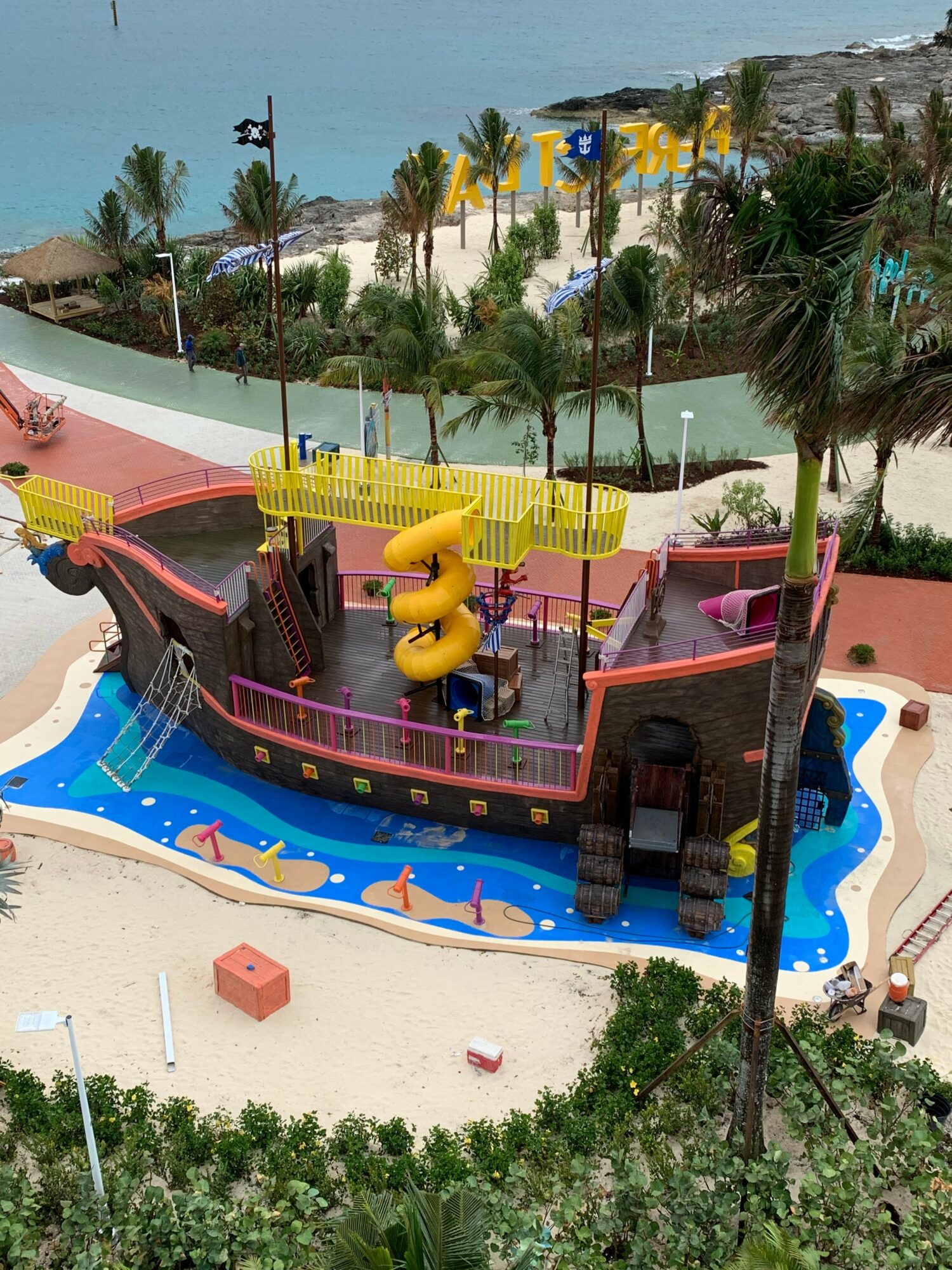