An Act of Kindness: Actions Will Always Say More Than Words

Giving back is something near to John King’s heart. So, when he saw an elderly man struggling to make a sale at a farmer’s market, he stepped in. And from that single act of kindness, a surprising and unusual business relationship sparked.

Read on for the full detailed story, or listen to John himself tell it in the video above. 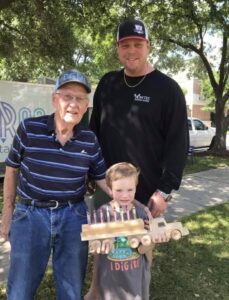 An elderly was selling handmade wooden toy trucks at a local farmer’s market one Saturday.

John happened to pass by the booth and strike up a conversation with him. He had not sold one truck in two days. After further conversation, John discovered that the man had started making these trucks to pass the time after his wife had passed away earlier that year.

After talking with the man, John bought his entire inventory that day, and even bought the bins he brought the toys in. The man was in awe and very appreciative he wouldn’t have to sit in the heat any longer to try and sell his toys at the farmers market.

After giving one of the very cool wood trucks to his young son, John brought the rest of them back to JK Welding. With the help of his staff, he was able to donate the rest to several sick children at Texas Children’s Hospital.

The man was so appreciative of where these trucks ended up, that he created a custom designed wooden welding rig toy for JK Welding and delivered it in person to John.

In mid-2021, John decided to get more of these custom welding rig toys so he could organize another toy drop off to children in need.

The man, his son and daughter-in-law came to JK Welding to personally deliver the order, on what happened to be his 89th birthday!

This heartwarming interaction is one of the many ways John leads by example, always encouraging others to also give back and be kind to one another. 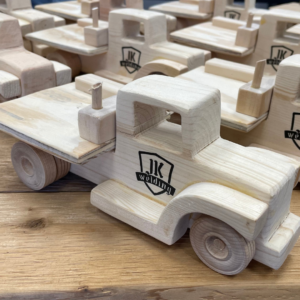 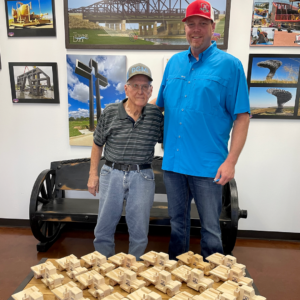 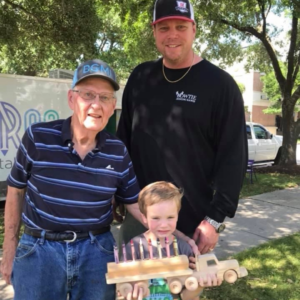 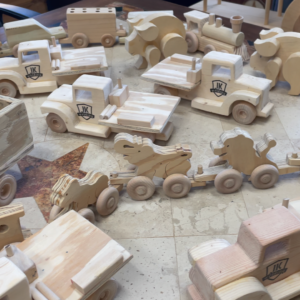 Watch Part 2 of the story, as told by John King, in the video below.