We are so honored to share this close-to-home feature on JK Welding, written by Shawn Arrajj of Cy-Fair Edition of Community Impact Newspaper. 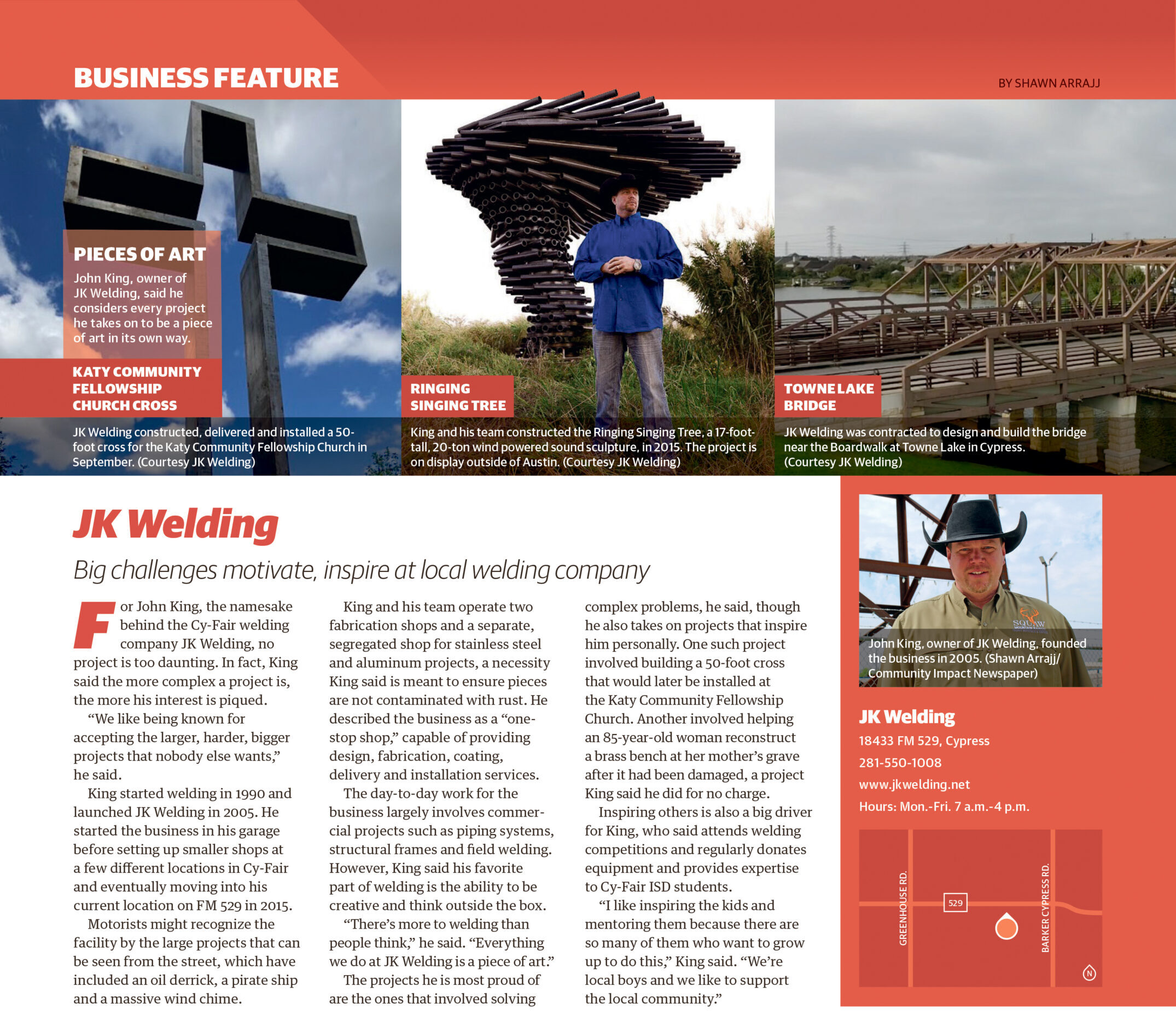 For John King, the namesake behind the Cy-Fair welding company JK Welding, no project is too daunting. In fact, King said the more complex a project is, the more his interest is piqued.

“We like being known for accepting the larger, harder, bigger projects that nobody else wants,” he said. 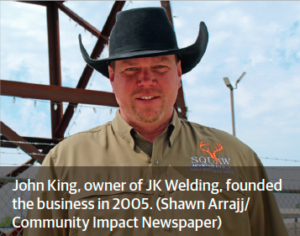 King started welding in 1990 and launched JK Welding in 2005. He started the business in his garage before setting up smaller shops at a few different locations in Cy-Fair and eventually moving into his current location on FM 529 in 2015.

Motorists might recognize the facility by the large projects that can be seen from the street, which have included an oil derrick, a pirate ship and a massive wind chime.

King and his team operate two fabrication shops and a separate, segregated shop for stainless steel and aluminum projects, a necessity King said is meant to ensure pieces are not contaminated with rust. He described the business as a “one-stop shop,” capable of providing design, fabrication, coating, delivery and installation services.

The day-to-day work for the business largely involves commercial projects such as piping systems, structural frames and field welding. However, King said his favorite part of welding is the ability to be creative and think outside the box.

“There’s more to welding than people think,” he said. “Everything we do at JK Welding is a piece of art.” 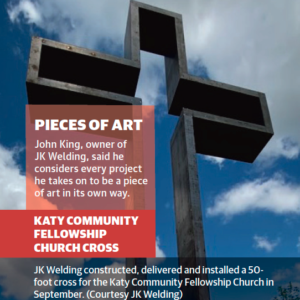 The projects he is most proud of are the ones that involved solving complex problems, he said, though he also takes on projects that inspire him personally. One such project involved building a 50-foot cross that would later be installed at the Katy Community Fellowship Church. Another involved helping an 85-year-old woman reconstruct a brass bench at her mother’s grave after it had been damaged, a project King said he did for no charge.

Inspiring others is also a big driver for King, who said attends welding competitions and regularly donates equipment and provides expertise to Cy-Fair ISD students.

“I like inspiring the kids and mentoring them because there are so many of them who want to grow up to do this,” King said. “We’re local boys and we like to support the local community.” 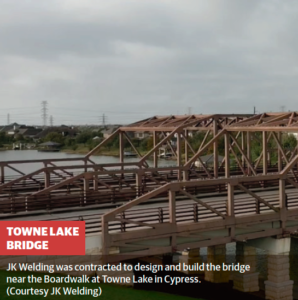 Huge thanks to Community Impact for this wonderful feature article.

Interested in learning more about JK Welding? Check out our owner, John King, on the Real Business in Real Time podcast with Dr. Hinderliter!